BMW’s S 1000 R has always been one of the more potent machines in the naked bike category but it was missing one thing — the letter M. “M” stands for BMW’s factory motorsports wing, an area that until 2021 was applied only to the company’s four-wheeled machines.

That all changed with the advent of the 2021 M 1000 RR superbike that’s been doing the rounds in WorldSBK with Scott Redding and Michael Van Der Mark and has taken a MotoAmerica Stock 1000 Championship win in the hands of Corey Alexander this year.

Now, BMW has graced a second two-wheeled machine with the M-badge in the M 1000 RR and, as you’d expect, it’s pretty freaking bonkers.

You’ll get a two-teeth larger rear sprocket at 47 teeth to give you harder, faster acceleration and the internal gearbox ratios have also been altered with shorter fourth, fifth and sixth ratios. 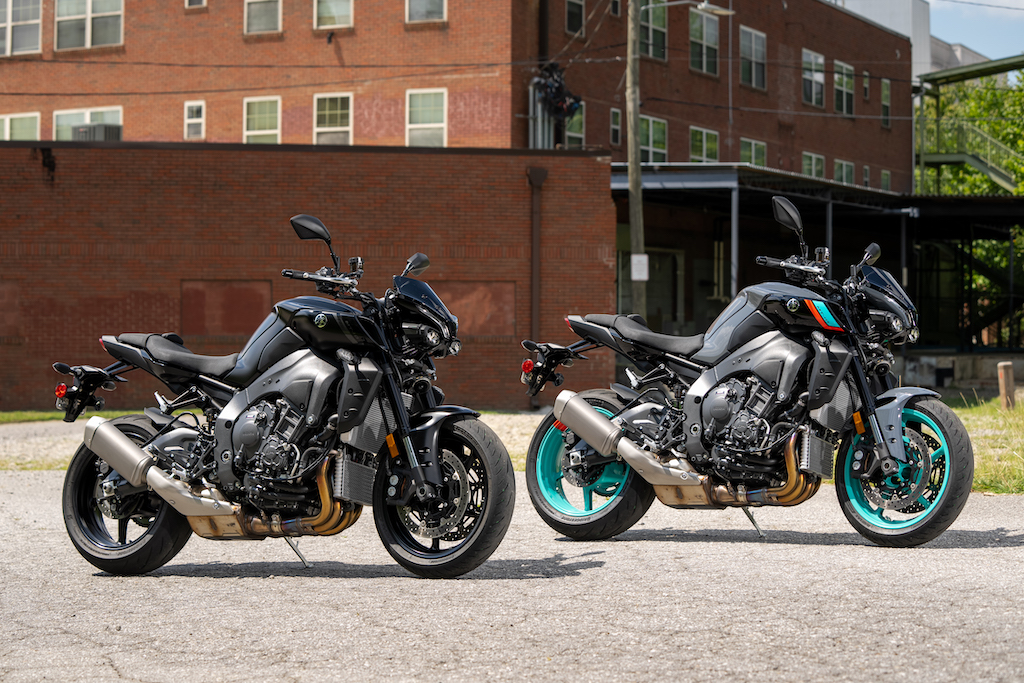 There’s every conceivable electronic rider aid/safety feature fitted to the M 1000 R. A six-axis IMU holds everything accountable including the multi-stage traction, wheelie and engine brake control systems, the Brake By Slide feature so you can impress your buddies by backing the bike into corners, hill start control, cruise control, Cornering ABS and BMW’s ABS Pro feature, the company’s sublime up and down quick shifter and the electronic suspension’s DDC (Dynamic Damping Control).

At an MSRP of $21,345 plus $695 Destination fee, there are sweet touches everywhere for the M 1000 R like the forged alloy wheels that can be swapped out for M-badged carbon-fiber units, metallic blue four-piston monobloc M-spec front brake calipers, Akrapovic titanium silencer, a wider M-badged handlebar, lightweight M battery, rear USB charging socket, LED lights, and heated grips, keyless ride, 6.5-inch TFT dash, tire pressure monitor and about a thousand optional extras in the M Competition Package and M Passenger kit. The former includes things like the M GPS datalogger and lap timer, carbon wheels, carbon front and rear fenders, etc, while the latter will give such goodies as an M Passenger seat, seat cover and footrests. Of course, the list of extra individual parts is massive and we’d be here all day if we were to list them ourselves.